There are quite a few bitcoin debit cards out there on the market. Bitcoin debit cards are basically prepaid cards denominated in a particular currency. What this does is open up bitcoin to a world of goods and buying options even by using a traditional payment option. A lot of exchanges are adding cards to make it easier for their users to spend their bitcoins on real world goods.

Generally, cards are ordered from the provider. When it arrives, it has to be activated and topped up with funds. To top it up with funds, the bitcoin wallet that is attached to the card is used to transfer bitcoins. The card provider will then convert the bitcoins to dollars or to euros, whichever currency the card is denominated in. Most providers allow to immediately spend the bitcoins although with some providers it can take up to four days. 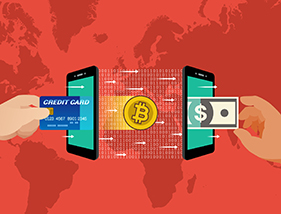 Bitcoin debit cards have different levels of anonymity depending on use and spending. This depends on the governing legislation of where the parent company of the card provider is based. Generally if the card should be used for more than $2500, identification with the provider in the form of a passport, identity card and utility bill is necessary.

António Madeira is the head of advertising and content at CryptoCompare. He also manages CryptoCompare's Portuguese branch and staff. António has been in the cryptosphere since 2014 and was previously a content writer at the Bitcoinist, CoreMedia and more, with guest posts in notable websites such as Forbes and IBTimes.