Even in the world of Amazon and Google, agribusiness has been at the forefront in its use of technology. Agrium, Deere and Monsanto, amongst others, recognized early on the power of both technology and «big data». Indeed, between May 2012 and February 2014, Monsanto bought a number of companies that analyze farm data. Now, for many farmers and big agricultural concerns, «precision agriculture» and «big data» are the name of the game.

While, historically, these big data have often come from aircraft, GPS tracking systems and satellites, now they are also coming from Unmanned Aircraft Systems (UAS). Or, in the vernacular, drones! With their small size, manageable cost and versatility, drones are proving a valuable tool with which to survey farmland and, of course, crops, thereby providing further information with which to improve the «precision» of modern agriculture.

A Drone «On Duty» in a Field 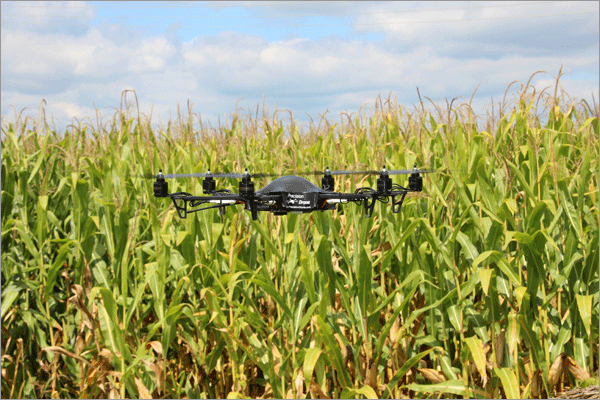 About the Author:
Samuel R. Halpert is an analyst at VanEck specializing in the agriculture, coal, steel, forest products, and tanker sectors. Prior to joining VanEck, Mr. Halpert was employed by Goldman Sachs as an analyst/trader for a global macro hedge fund. He was previously Vice President of Institutional Futures Sales at Salomon Smith Barney where he covered Steinhardt, Omega, Kingdon Capital, Soros Fund Management, and Tudor.