How the Esports Industry Continues to Evolve

How Esports Fits Into the Gaming Industry

But what about all the front-page articles about the esports boom? It’s easy to conflate the two industries. The esports industry is as a sub-industry within the broader video game segment. Video game companies, in turn, are a convergence of technology and communication services. The video gaming and esports industries encompass a wide range of companies, from video game publishers (Activision) to semiconductor companies (Nvidia) to media companies (HUYA).

Game publishers are also embracing new business models for games to maximize revenue potential for titles. The “game as a service” model encapsulates this phenomenon. Rather than a one-time transaction, publishers are moving towards an ongoing subscription-based model with a much longer time horizon of purchases from a single user.

In the traditional business model, known as “game as a product”, a game publisher develops a game and then sells it to the consumer for a single, revenue-generating fee. After the consumer buys the game, the video game publisher has to develop another video game or add-on to generate additional revenues from that consumer.

In the mid-2000s, this changed when video game publishers began testing the “game as a service model”, allowing consumers to bypass the initial payment for the game in exchange for an ongoing fee allowing continual access. There are a number of different ways the game publisher can generate revenues under this model, including game subscriptions, micro-transactions and season passes.

Publishers own the rights to the games played in competition, as well as the broadcasting rights, which are sold to media and communication services companies (like Twitch and Facebook). According to Goldman Sachs, media rights are expected to grow from representing around 20% of all esports revenues to 40% by 2022.1 This means that, after factoring in other revenue sources like sponsorship and game publisher fees, video game publishers are in a position to potentially own the majority of revenues coming from esports.

An Index-Based Approach to Investing in Video Gaming and Esports 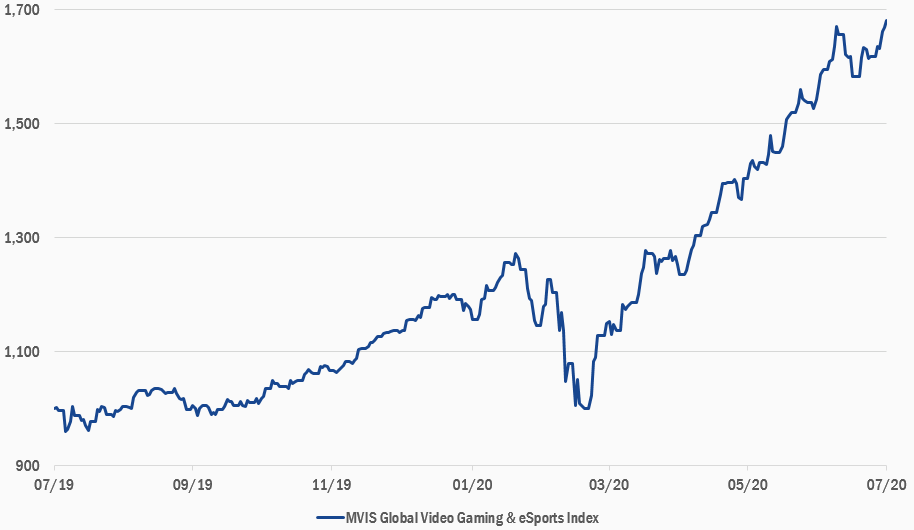 
John Patrick Lee joined VanEck in 2014 and is currently an ETF Product Manager focusing on video gaming, esports and international equities. His Responsibilities include business management of the existing ETF lineup, market strategy and positioning and product development. Prior to joining VanEck, John Patrick served as an Investment Advisor Representative with Dorsey Wright Money Management. He received a bachelor’s degree in English Literature from the College of William and Mary and holds a Chartered Financial Analyst® designation.