India Into The Future: Modi’s Modes of Modernization

India voted in a new Prime Minister, Narendra Modi, in 2014. He was previously Chief Minister of Gujarat – one of India’s most prosperous states. By 2014, he’d executed well on a pretty ambitious reform agenda in Gujarat and hopes were high, early on, for him to do the same at a national level.

We have always agreed that there would be strong/positive change, but that it would take time, at the outset, to build the necessary “channels” through which reform could “flow”.

Three years on, this is all taking shape nicely and some real change is taking place, including the introduction of the country’s UID (Universal Identification) program for each and every individual, and the latest bold reform move – and possibly what may turn out to be an inflection point – namely demonetization.

It’s certainly too early to call Modi’s victory over old India, but things are certainly moving in the right direction. We believe that already there’s enough space for a new generation of entrepreneurs to build businesses the right way, allocating capital efficiently, and with respect minority shareholders. The prospects are starting to look increasingly exciting. 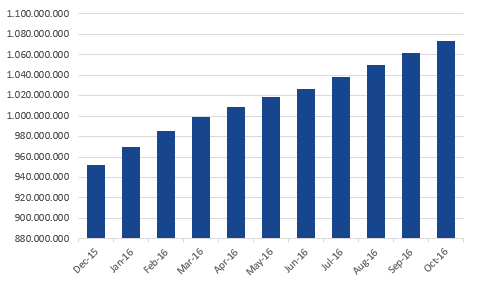 Angus Shillington is a Deputy Portfolio Manager at VanEck. Prior to joining VanEck, headed International Equity for ABN AMRO; responsible for Asian and European equity cash and derivative distribution to North American institutions.