As the world’s fourth most populous country with around 250 million people spread across an archipelago of over 18,000 islands, Indonesia presents some interesting opportunities and some UNIQUE challenges.

Under its new president, Joko Widodo, fuel subsidies have been cut, greatly improving the fiscal outlook. Infrastructure development is now a focus of spending, sparking a renewed investment cycle. Both are encouraging signs. Looking to the future, in addition to a rapidly growing middle class that is increasingly migrating from rural areas to the cities, the country’s population remains young. A demographic that is well worth keeping an eye on.

As Population has Risen, so has GDP Per Capita 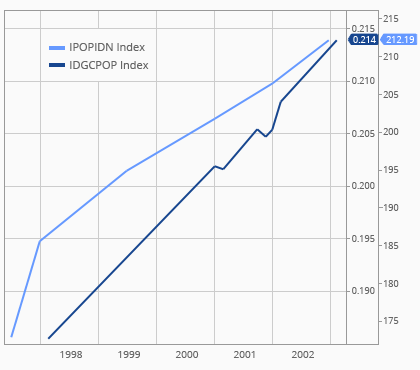 About the Author:
Angus Shillington is a Deputy Portfolio Manager at VanEck. Prior to joining VanEck, he headed International Equity for ABN AMRO, where he was responsible for Asian and European equity cash and derivative distribution to North American institutions.