News
Home » News » Commentaries » MVIS OneHundred » Is This One Future Of Biotech?
Share

Is This One Future Of Biotech

On August 30, the U.S. Food and Drug Administration (FDA) made history by making the first gene therapy available in the U.S. As FDA Commissioner Scott Gottlieb described it: “We’re entering a new frontier in medical innovation with the ability to reprogram a patient’s own cells to attack a deadly cancer.1

Each of dose of the therapy is a customized treatment created using an individual patient’s own T-cells, a type of white blood cell known as a lymphocyte.2  Once the cells have been modified, they are infused back into the patient, subsequently killing the cancer cells.

Whilst the therapy (Kymriah) has been approved for certain pediatric and young adults with a form of acute lymphoblastic leukemia, this is optimism that other tailor-made living drugs or other such immunotherapy-based treatments will prove effective against other forms of cancer.

T-Cells Attached to a Cancer Cell 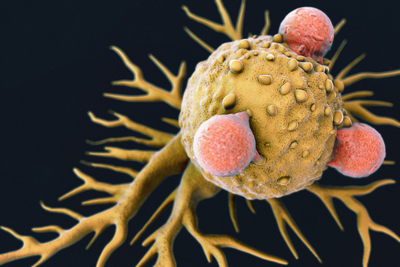 About the Author:
Thomas Butcher is an Associate Director at VanEck. Formerly an independent writer, researcher, and consultant focusing, amongst other things, on strategic materials, in particular metals, Mr Butcher has 38 years of experience in finance. He has lectured and spoken at conferences around the world.

The article above is an opinion of the author and does not necessarily reflect the opinion of MVIS® indices or its affiliates.