Currently, Syngenta will have none of it.

Even if the companies did, eventually, agree terms, then there would be the regulators to deal with. Assuming the deal was not nixed ab initio, as likely as not, any regulatory imprimaturs would be contingent upon a shedding of businesses by either or both of them.

It would be fascinating both to see what companies like Bayer, BASF, Dow Chemical, DuPont and FMC would end up buying and how such a deal would change the seed and crop chemicals faces of world agribusiness.

The shallowness of the penetration just of genetically modified maize seed in both the EMEA and Asia-Pacific regions illustrates a little of the potential for seed companies in this market. 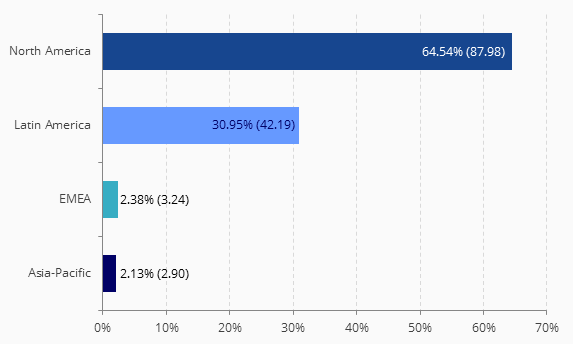 About the Author:
Thomas Butcher is an independent writer, researcher and consultant focusing, amongst other things, on strategic materials, in particular metals. With 35 years of experience in the financial world, he has lectured and spoken at conferences around the world. Amongst other things, he writes the «Letter from North America» in the Minor Metals Trade Association's bi-monthly publication The Crucible, and was lead author of the chapter on gallium (used in semiconductors) in the British Geological Survey's Critical Metals Handbook.