Saudi Arabia:
The Tadawul Another Year On

This time last year the Saudi Stock Exchange, or Tadawul, had just announced some significant future changes (slated for the first half of 2017) to its regulations in the hopes of making it more attractive to foreign investors.

On April 13, the exchange provided an update1 on its reforms, expressing the belief that the “improvements further align Tadawul with international exchange standards.” Listing 10 “significant changes, many of which are set to go into effect by the close of Q2 2017”, two in particular were singled out:

Whether these moves in any way accelerate and/or facilitate the country’s plans under Vision 20302 and its desire to gain emerging markets status still remains to be seen. 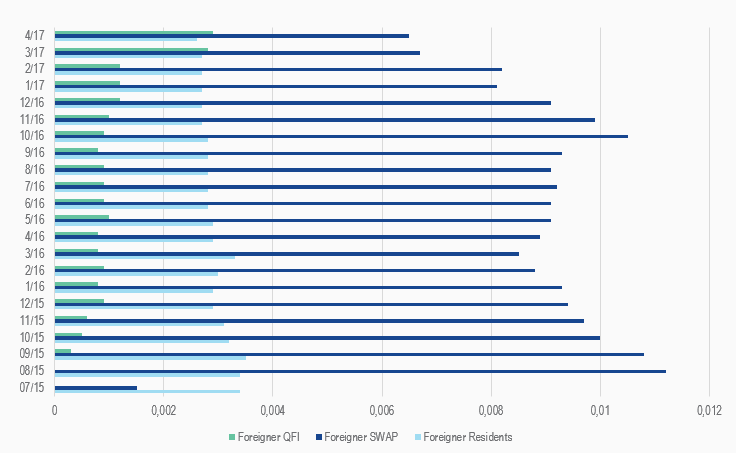 Tom Butcher is an Associate Director at VanEck. Formerly an independent writer, researcher, and consultant focusing, amongst other things, on strategic materials, in particular metals, Mr Butcher has 38 years of experience in finance. He has lectured and spoken at conferences around the world. Amongst other things, he writes the “Letter from North America” in the Minor Metals Trade Association’s publication The Crucible, and was lead author of a chapter on gallium in the British Geological Survey's Critical Metals Handbook.