2017 was a bumper year for semiconductor sales. According to recently published figures from the Semiconductor Industry Association, global sales for the year of $412.2 billion were 21.6% higher than those in 2016. In addition, sales for December 2017 ($38.0 billion) and the fourth quarter 2017 ($114.0 billion) were the highest monthly and quarterly sales respectively ever recorded. 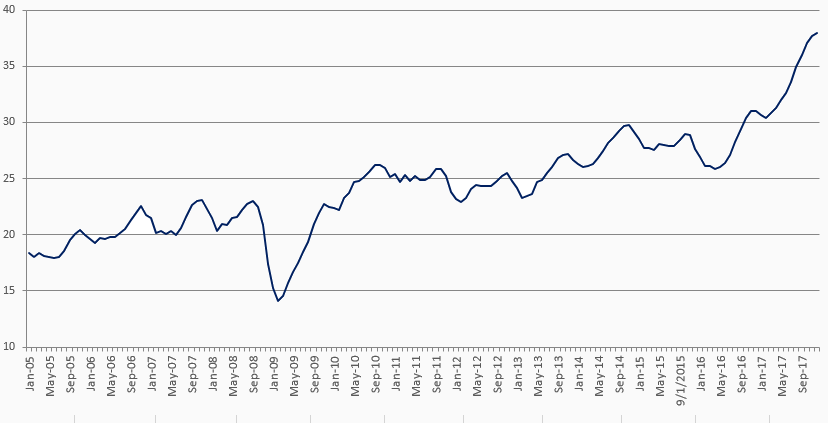 Of the different product segments, memory was both the fastest growing (+61.5%) and largest ($124.0 billion) semiconductor category by sales in 2017. Within the category, sales of DRAM products increased 76.8% and those of NAND flash products increased 47.5%.

Amongst other things, both DRAM and NAND sales have benefited not only from continuing solid demand for their use in servers and data centers, but also the increasing memory content in smartphones and mobile devices.

Tom Butcher is an Associate Director at VanEck. Formerly an independent writer, researcher, and consultant focusing, amongst other things, on strategic materials, in particular metals, Mr Butcher has 40 years of experience in finance. He has lectured and spoken at conferences and universities around the world.