The Rainbow Nation aka South Africa

To its nearly 53 million people, South Africa, with its riches in mining, archaeology, wildlife, sport and a proven judicial system it is better known as The Rainbow Nation*.

In its first universal election in 1994, the ANC (African National Congress) under Nobel Prizewinner Nelson Mandela’s presidency, won with an overwhelming majority. Since then, both his legacy and the dreams of many have all but disappeared. With higher crime, rising unemployment and an epidemic of corruption, the ANC seems to have lost their support. In recent local and municipal elections ANC support fell to below 55 percent from highs of 65% in 2006.

With the party’s failure to tackle effectively either persistent economic inequality, or, indeed, both the continuing social instability and economic woes plaguing the country, it has failed the South African people. It will now be up to the people to elect a government that can realize the vision for which the Mandela ANC stood. 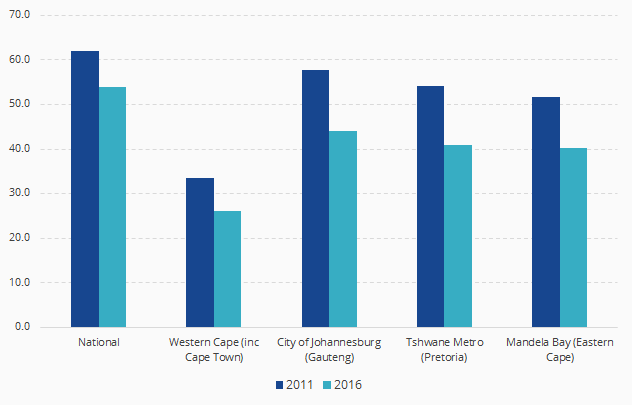 Source: TimesLive (Information from the Electoral Commission of South Africa)

About the Authors:
Charl P. de M. Malan is a Senior Analyst at VanEck specializing in base and industrial metals, coal and steel. Before joining VanEck, Mr. Malan was an equity research sales analyst specializing in South African mining, natural resources, and financial sectors at JPMorgan Chase. He was previously an equity research analyst and junior portfolio manager at Standard Corporate and Merchant Bank, Asset Management (South Africa).