U.S. Nuclear Power at a Crossroad

Nuclear power plants in the U.S. continue to generate a significant proportion of the country’s electricity. With natural gas so cheap, the future of the industry faces increased uncertainty. 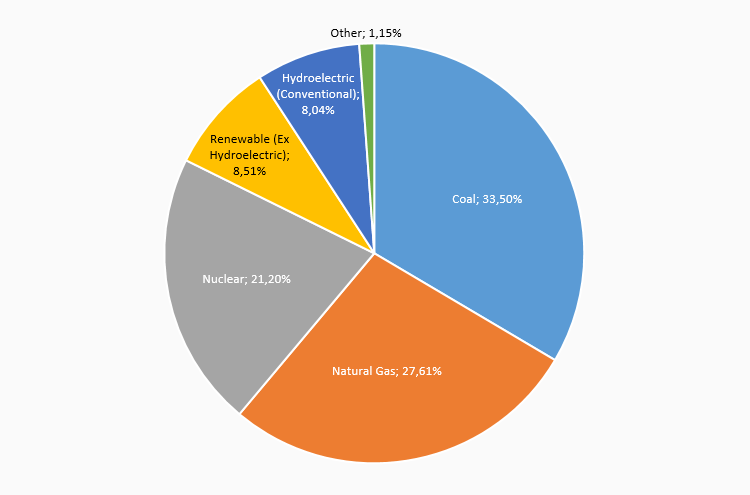 There are 99 nuclear reactors in 61 commercially operating nuclear power plants in 30 different states in the U.S. Four new nuclear reactors are currently under construction, two in Georgia and two in South Carolina. The last nuclear reactor to enter into services was Watts Bar Unit 2 (in Tennessee) in October 2016.

President Trump of the U.S. has, on a number of occasions, talked of the need for massive investment in the country’s infrastructure. Nuclear power plants are critical to its energy infrastructure. As both a reliable and clean source of energy, nuclear has a deal going for it. However, it remains to be seen if the industry benefits from any of Mr Trump’s infrastructure initiatives.

Brandon Rakszawski joined VanEck in 2011 and serves as product manager of its hard assets and U.S. strategic equity ETF lineup. Prior to joining VanEck, he was with Federated Investors. He earned a bachelor’s degree from Slippery Rock University of Pennsylvania.